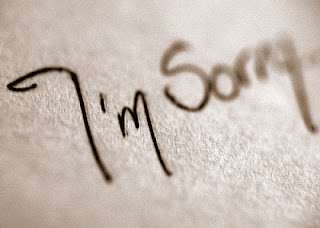 Humans are bound to make mistakes throughout their lifetime. Committing mistakes is probably the one thing that separates human beings from Him. God makes no mistakes, but humans do. The mistakes we commit must not become a suffering for others. We have to apologize about and rectify our faults that have affected other people. Manning up for our mistakes makes us a better person and someone worthy of respect. However, doing that isn’t as easy as dealing with our handsfree devices. It takes courage to admit our shortcomings. The steps below can serve as a guide to help you take responsibility of your own actions. Care to read them if you may.

1.       Acknowledge the tiny voice inside of you. Your conscience or your super ego is the moral arm of your personality. It is not a tool to keep you away from trouble; rather it tells you what part you played in the trouble. Morality is subjective; it is relative among people of different races and creeds. Some may feel guilty when they forget to flush the toilet, while others don’t even care at all. You first need to realize that you have committed a mistake before you can admit it to others. Simply put, acknowledging that there is a mistake will allow you to proceed to the next steps.

2.       Practice some empathy. Being the object of a fault isn’t easy. Its aftermath can range from being a simple slap on the wrist to destruction of a person’s life. Put on the shoes of the person you wronged and view your actions and their consequences from his perspective. Doing this will help you understand whatever reaction he may have after the unfortunate incident.

3.       Admit your mistake. The legendary Bruce Lee once said, “Mistakes are always forgivable, if one has the courage to admit them.” I know it’s very hard to admit your mistake to the person you wronged, but nothing will happen unless you tell it to him straight to his face. This is for you as well because it’s hard to live day by day with a guilty conscience, and getting that admission out of your system will help you sleep soundly at night.

4.       Apologize. This comes right after admitting your mistake. Say the magic words “I’m sorry” and express your remorse for the fault you have done. Sometimes your pride gets ahead of you that you can’t apologize in person. If you don’t do it now, you might not have a chance later. Be transparent like an LCD screen protector in expressing yourself, and be polite. You might not like what that person will say; just think that his untoward comments are a result of the pain brought about by your mistake.

5.       Make amends. It’s not enough that you admitted for your mistake and apologized for it. Learn to rectify the damage done. Take hold of the situation and try everything in your power to at least lessen the extent of the injury.

6.       Face the consequences. There may be times that things won’t come the way you planned them to be. Fate may not be always smiling upon you. Ready yourself for whatever the effects your mistake will bring you. You may not be forgiven right away, but you don’t have to think that it’s the end. Time heals all wounds. Someday when you least expect, the friendship that once gone on standby will again flourish.

7.       Move forward. Committing mistakes is just normal for every human being. They happen from time to time. It’s alright to feel bad about the wrong you have done, but don’t let the drama consume you for a long time. Take note, you can’t change the past. Might as well accept it and learn from it.

Life per se is an anthology of mistakes. We commit them from time to time, and those are what make us a better person. Keep in mind that even the greatest of things came from mistakes.
Posted by Unknown at 11:12 PM