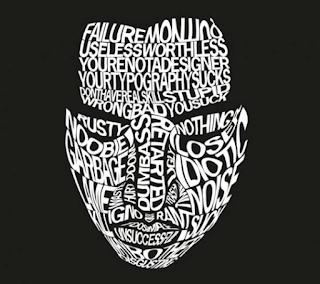 It is not enough to say that no human being is created perfect. Because of our curious nature, we keep on finding the loophole in a person’s character so as to justify that fact. This desperate search for the imperfection is to reconcile the “too good to be true” against the “nobody’s perfect” notion of people. Just like when you are trying to search for the perfect smartphone for you, the moment you google it, instead of the positive reviews, it’s the negative feedbacks that catches your eye.
To save time with overanalyzing the people around you, there are the most popular characteristics that even the person with the best behavior commits in dire times. Here are some of them.

1.       Hides vulnerability
Most often than not, people think that when they are without weakness, that makes them better people. While indeed, weaknesses may spell out as something negative to a person’s system, what they don’t understand is that their vulnerability points to their heart. Vulnerability doesn’t necessarily mean “weakness” per se; it means the inability to withstand a certain scenario or situation. The inability may be caused by a myriad of reasons not just because you are “weak”.

2.       Avoids any attachments
Once, a friend told me that emotional attachments are nothing but dangerous distractions. When the heart talks, the head stops working and listens instead. This phenomenon can be called as sentiment. Sentiments can bring harm to the person once he or she inclined himself to his particular emotional attachments. These sentiments can make or break the person involved. That is what usually happens when you let your heart dominate your brain. The thing is, if you avoid having any form of emotional attachment or even investment, you stop being human. You become like one of those latest gadgets they sensationalize in the market. They look good and perform out-of-this-world functions, but still they don’t have the power to show affection and emotion.

3.       Shutting
The most annoying thing that one person could do is to just stop talking. If words hurt more than actions, I must say that without words the situation is more excruciating. The mental torture of guessing forever while your company is not even talking is excruciating. The nearest thing you can get from talking is a grunt. Indeed, less words equals less mistakes, but without words, there will also be no understanding, and without understanding, there will be no concrete relationship.

We all have that singular trait that proves our humanity in one way or another. We don’t need to hide it nor be ashamed of it. Our actions and behavior are just mere representation of man’s humanity.
Posted by Unknown at 11:43 PM