You got scammed: Your personal defense against go-getters 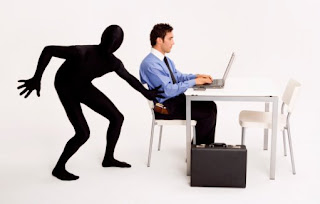 Beep, beep, beep, beep! Your smartphone just beeped and guess what the message was all about? It said that you just won a brand new luxury car and an all-expense-paid trip to Paris for two! You got so excited, so you immediately sent a reply to the message without thinking about anything else. All you have in mind is the brand new car that you will soon park in your garage and drive around the city just for the purpose of flaunting, and finally thinking and deciding whoever it is you’ll take with you to enjoy Paris. After five excruciating minutes, you receive another message saying that you can claim your prize after surrendering your credit cards and giving a deposit of 1,000 dollars and other specific instructions. Ignorant as you are with the ways of the world, you blindly obey and give them what they are asking for. After everything, unfortunately, you never heard from them again. Alas, it dawned on you; you’ve been scammed.
The good news is, there are ways you could do to be more cautious to prevent this from happening, read on to find out about them.

If it’s too good to be true, it might as well is

Miracles happen once in a while, but not in the kind of way where some random text or email came to your attention saying that you won a great fortune and some other stuff even though you can’t remember if you ever joined in a raffle or something. I’m not saying that you can never win in promos or raffles; I’m just saying that your chance to win so big of a price is next to impossible. However, if we are talking about winning smaller things like USB chargers, shoes, bag, clothes, umbrellas, or the like, it might not hurt if you perceive that they are real.

Don’t give money, to get money

If the message you received says that you won money but then again asks for money in return to claim it, I’m sure as hell that it is actually a scam. Asking money when you are actually giving away money doesn’t make any sense, does it? Indeed, this is an outright textbook scam, but you’ll be surprised on how much from us fall prey on this trap. They end up draining their bank accounts in the hopes of getting more in return.

Don’t give them personal information

The moment you provide them your personal information, you start to give them a powerful weapon against you. Precious and personal information given to the wrong hands will probably jeopardize you for the time being. For example, you told them that you live alone in your apartment and worse, you gave them your address, you’ll never know when people will come over to your house and rob you down.

Remember when you purchased a cell phone case for your device making sure that you provide the proper protection for it? Doing the things aforementioned is just like the same thing; you put on some sort of a protective cover over yourself and your belongings to safeguard you from further scamming.
Posted by Unknown at 1:48 AM