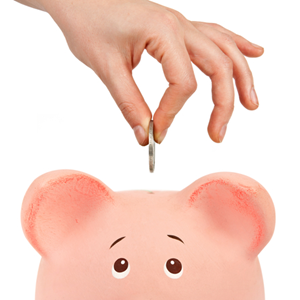 There are a lot of things that money can’t buy such as respect, good friends, long life, loved ones, and of course, happiness. Wait, happiness? Someone said if you think money can’t buy happiness then you are not spending it right. A lot of people may say they feel happy when buying the expensive things they want as it gives endorphin rush. Surely, they will feel all giddy-ups inside but then give it a few months, they will find discontentment as the money they have splurged is not as worthy as the item they bought. Refunding would be just a wishful thinking then. So here are some tips for you to buy happiness and not regrets:

A lot of people think or use money as a benchmark for their well-being because people really like things we can count. To know if one is doing better this year, he can count up his money and see if there’s an increase. Look at his belongings like a phone if it is way better than the cheap mobile phones. But if you should spend, spend it in the best way to make yourself happier; not regretting and thinking it’s all been just a waste of money.

If you buy something on a daily basis, like perhaps an amazing coffee that you get to sip every single day, you can take a break from it even just for a day. Not only that you save money, but also you will be much more amazed on how your coffee tastes way better than the coffee you had. Not that something went different but because people are hooked up to the idea that the more you deprive yourself from something, the more it can be so enticing.

Spending money; spending time. That’s if you haven’t thought it through duly. An instance would be when you are on the verge of choosing which TV you should take. You compare the two and they are almost the same except for one difference—which doesn’t matter, actually. That’s because that time you spend with either TV would precisely be the same in the future. What matters is that, do you really need it right now? Like if cell phone accessories would be on sale. 20 percent discount? Ooh! That might get you all fired up! So you went into the store without having any second thoughts and you grabbed cute and perky stuff as much as you can—thinking that it’s oh-so worth it. And so you came home and you realized most of the stuff you bought is not that useful.

The thing is, if you are going to spend money, make sure you have spent your time on thinking about its usefulness. It doesn’t matter which is which, as long as you need it. Then you will be satisfied because what you bought is really downright what you need.
Posted by Unknown at 11:10 PM