Can Your Smartphone Keep You from Being Physically Fit? 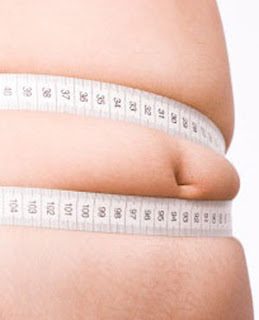 It’s so much easy to favor and patronize anything that benefits us. Whatever makes our lives easier will surely be loved by us. And because of that, ever since you had a smartphone, you thought your life is utterly incomplete without it right beside you. You feel debilitated whenever it’s not anywhere nearby to get things done for you in a convenient manner. However, little are you aware that taking things too seriously with your smartphone has already caused your fitness plan to gradually fail, and what’s worse is that you’ve already gained some weight.

A new research from the Kent State University has found a connection between heavy mobile phone usage and poor physical fitness among college students. Three hundred students in the Midwest were taken as study participants. They acquired the approximate hours they spend using their mobile device daily, and they tested the fitness levels and body composition of some of them.

As it turned out, they have found out that those who spend a lot of time with their phones—for as much as 14 hours a day—were not as physically fit as those who only use theirs about 90 minutes daily. Additionally, it shows that those who are into mobile phone usage supplement their expanded digital lifestyle with other types of media, like video games or movies, which means that they may not be interested with exercise in the first place. Some, on the other hand, said that whenever they hear their phone buzz or beep, they would stop with whatever they’re doing—even working out—to check what it is about instead.

And now, do you think a smartphone is really that beneficial for your fitness? Some of you even have a replacement battery handy as a substitute when you’ve been prompted to recharge. That’s just how serious some are with their computing activities. But if you’ll look on the brighter side of things, you’ll see that there are ways in order for you to encourage physical activity with the use of your mobile device. And this comes in the form of fitness apps. There are already tons of apps out there that help you become fitter and generally healthier. You can use those as a supplement to your workout routines or anything that require physical activity. So if the study above found a link between the two, most certainly, there’s a way out. It just boils down onto choosing apps that benefit your health and using technology the right way.
Posted by Unknown at 8:49 PM