The Lesson Worth Pondering from the Downfall of Nokia

It’s so unfortunate that the children that we will soon have will never get a chance to know about the largest mobile phone company that dominated the world in the beginning of the 21st century. Today, Nokia is nothing more than a name hoping to redeem itself in a completely different niche. It will no longer be a gold standard in the industry where it found its greatest success and repute. In a nutshell, it’s back to square one for Nokia.

Given the tremendous extent of failure suffered by Nokia, most of us find it worth the time and effort to belabor ourselves in finding out what went wrong with the once mighty tech giant. How did it end up on the bottom of its known forte? Let’s take a step back and take a look at the details. 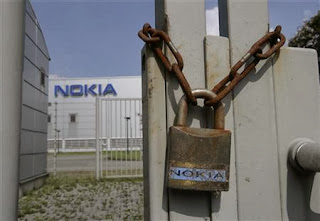 Back in 2007, Nokia’s share in the smartphone market comprised of more than 50% in the worldwide figures, but just a few weeks in the past, it had sold its mobile phone division to Microsoft to prevent further losses. As it turns out, Nokia had emerged the winner from the sale. It gained the much needed resources in starting anew, said one credit rating agency. With the money it has made, it can use it as a starting capital to start making radical choices in refocusing its business.

Petri Rouvinen, a researcher at the economic think tank ETLA, said, “They had become arrogant at Nokia, and as a result, they were too slow to react to changes in the world and around them”. Nokia had grown to being a global leader in the mobile phone innovation too swiftly that the people running the company became too complacent with the success they achieved; as a result, they weren’t able to maintain nor improve the company’s laudable triumph. As they say, “Easy come, easy go.” To be conscientious with success and everything about it, one must suffer back-breaking exertions just to see that it’s not easy to reach the top; hence, he will come up with more careful business decisions. 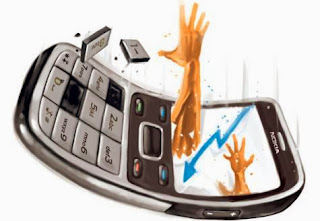 The brains behind Nokia were so much aware that the company peaked earlier than expected. It invested heavily in the smartphone technology even before wireless carriers had the capability in offering the services featured in their handheld devices. Consequently, the efforts of the company turned out frail. It was not able to sustain its much needed appeal to the general public. Mobile consumers grew tired of its devices just because it wasn’t able to match innovation with demand.

So, what do we get with all of these? The answer is timing. Apple was able to observe timing as an element to success the most. According to Rouvinen, “Since 2007, it’s no longer possible to consider telecommunications, consumer electronics, and computers as separate sectors. Now, there’s just one industry, and it’s digital.” Call it coincidence or not, but it was in that exact year when Apple first debuted its very first iPhone. And from then on, it kept the pace, making sure that it always stays within the trend and finds the right “timing” in launching one innovation after another.
Posted by Unknown at 7:24 PM