Apple’s Greatest Strength Appears to Be Its App Store 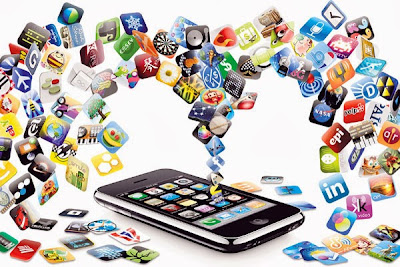 The 22nd of October event was marked the day when Apple has more than 1 million apps in its App Store. This breakthrough was made known when Apple CEO Tim Cook announced that the app count already reached 7 figures. In addition, Cook said that the store has seen over 60 billion app downloads from the day it was conceived.

Although Android accounts to almost 80% of the mobile platform share, still, Apple’s App Store manages to be at the same level with Google’s Play Store. Why is this, taking into consideration the major discrepancy in the number of users per mobile platform? There’s certainly an explanation to this. You see, Android is being used by multiple brands of smartphone and tablet manufacturing companies to run their devices. As a result, this has posed a drawback to the virtually ubiquitous, globally popular mobile platform.

Despite Apple’s regressing figures in the global smartphone market share, which only accounts to 13.2% of the global market share, we have to take into account that devices themselves are only one thing. There are still other entities and factors that contribute to the success of one tech company. And with Apple, its priority in strengthening and widening its app ecosystem becomes its greatest strength in maintaining a fairly decent smartphone market share.

Given the figures for Apple and Google, we are made to believe that app developers are putting their center of attention to the operating system that is used by the majority of handheld devices all over the world. This outlook is but reasonable, of course. Who wouldn’t want to reach out to the bigger clientele anyway? Surprisingly, however, it’s just not frequently the case. App developers initially focus their efforts in releasing their brainchildren into Apple’s App Store rather than with Google’s Play Store.

Why so? Well, one explanation would be that the market share in the U.S. is quite an impressive figure. With 43.4% of smartphones being used by Americans having the brand Apple plus the fact that of all people in the world, Americans are more willing to spend money for apps, app-developing companies, which in fact are mostly based in the U.S., consider this as a lucrative market. This subsequently motivates mobile advertisers to subscribe and pay app developers to target the eyeballs of American consumers. And this trend therefore makes a more dynamic and economically-sound business for faster yields for the return on investment.

But of all factors that app developers consider, probably the most compelling would be the ease in developing an app for a specific mobile platform. Unlike Android being segmented, the iOS is solely used by iDevices. The people behind the apps that we enjoy find it easier and cheaper to develop an app that focuses on just few devices. The cost of development is significantly lower in making an app for iOS than for Android. And this is what makes Apple’s App Store a better virtual bazaar that the American tech giant is very proud of.
Posted by Unknown at 8:50 PM