Hello, Siri. Is That You? 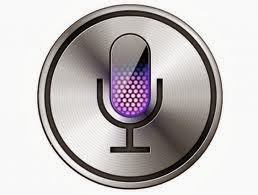 Who haven’t heard of Apple iPhone’s voice-activated invisible assistant named Siri since the release of iPhone 4S? Who is she? Well, Siri grants your commands as long as she can. She lets you basically use your voice to send messages, schedule meetings, place phone calls, and the list goes on.

Siri is the one you talk to underneath the LCD screen protector of your phone—specifically on iPhone 4S and up to the latest generation of iPhone. You just have to ask Siri to do things just by talking to her as she understands what you say, knows what you mean, and talks back even; talk about interactive assistant, eh? She talks to you as if she is a real person. As what was Apple had set for examples, if you asked Siri “Any good burger joints around here?” Siri knows that you are looking for burger restaurants. And she’ll reply, “I found a number of burger restaurants near you.” Since you and Siri are talking about restaurants, when you ask “Hmm. How about tacos?” she’ll remember and look for Mexican restaurants nearby. See how smart she is? Just press the button and you’re going to have someone to talk to over your smartphone in a jiffy!

She seems like a good companion, isn’t she? She could help you in almost anything you ask her as if she’s a genie saying “your wish is my command.” Of course, a genie in a smartphone would be far-fetched from reality, but can she be a real human? Apparently, Apple didn’t identify her, and people didn’t know who voices Siri. Well, not until she introduces herself alone. Introducing, the voice behind Siri: voice actor, Susan Bennett from Atlanta. 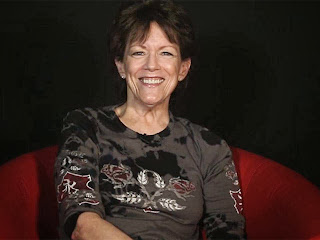 Though Apple still doesn’t confirm it, Bennett claims and confesses that she is Siri. CNN identified Bennett as the one who participated in the original recording sessions for the iPhone’s assistant, and audio-forensics experts say that her voice and Siri’s are “100%” alike. Back when she was still recording in the year 2005, Bennett didn’t have any idea that she’d be talking to over a hundred million people. She just snatched four hours out of her every day for a month just to record a heap of phrases. And that she didn’t know that it would be on iPhone until one of her friends asked if she is the one voicing Siri.

Clearly, Apple wasn’t the one who hired her to voice Siri. Bennett was recruited by a company called ScanSoft, and then she became a part of the voice-technology conglomerate called Nuance—the leader in the fields of voice recognition and text-to-speech. Then, Nuance was the one who provided the technology for Apple to make Siri possible—and there goes Bennett.

There was even video posted by The Verge that mislead viewers to believe that the voice behind Siri is Allison Dufty. Bennett just laughed at it and just answered: “I really had to weigh the importance of it for me personally. I wasn't sure that I wanted that notoriety, and I also wasn't sure where I stood legally. And so, consequently, I was very conservative about it for a long time," she said. "And then this Verge video came out ... And it seemed like everyone was clamoring to find out who the real voice behind Siri is, and so I thought, well, you know, what the heck? This is the time."

And so, she revealed herself after years of living with the secret. Hello, Siri. Is that you? Yes, it’s Susan Bennett.
Posted by Unknown at 11:12 PM