It’s quite frustrating to not know what’s going on about something you really want to be a part of. May it be a party or the last episode of your favourite television series, you just can’t miss out on anything that got you hooked! Now be the person on the other end of the line. What will you feel if the things you keep to yourself are revealed all of a sudden to a certain number of people when the timing is not just right? It’s no longer frustration you’ll feel but rather depression. You’ve waited and waited, preparing for everything and just when you’re about to jump into the waters, you were pushed deeper than expected.

This same feeling is worse for huge companies, technologically-inclined in particular, to have their products revealed before the designated launching. Which of the following tech giants will you be glad to have their secrets laid out to the public? 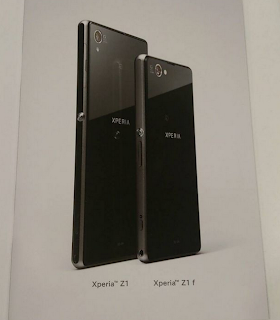 We’ve enjoyed blanching our eyes upon Sony’s launch of its latest flagship smartphone, now it’s time to turn our attention to its smaller partner, the Xperia Z1 Mini. It is practically the same edition but with only a 4.3-inch screen with 720p resolution. Formally, it shall be called “Xperia Z1 f” that is set to run on 2.2GHz quad-core Snapdragon 800 processor, the same processing power incorporated to Xperia Z and the soon-to-be released Google Nexus 5.

Other features encompass 2GB RAM, 2, 300mAh battery, both waterproof and dust resistant, a 16GB internal storage, will have the Jelly Bean operating system running and a 64GB microSD card support.

No one predicted this will happen, or maybe they have, it only took a matter of time. Right off the shelves of leaked photos is Nokia’s latest version of a digital audio player which is rumoured to be called “Guru”.

Before it reached the news, Nokia’s Lumia 1520 and 2520 have already gone under the knife as a certain informant exposed their production the last time. Now we have the Guru, a digital audio device that looks a lot like Apple’s iPod Shuffle. For starters, both devices are square-shaped with all the function buttons distributed around its body. No one will deny how much they look alike. Their only difference is the Guru’s NFC capability that will allow easy pairing to any other device that is NFC-capable. In addition to the NFC, a microUSB and/or sync port is integrated. If you look at it from afar, you’ll think it’s simply a Bluetooth-enabled device with the assistance of  mobile earphones but isn’t. We’ll find out soon enough. 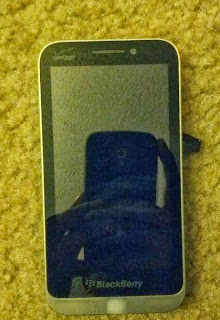 Still fighting for survival in the smartphone market, BlackBerry will soon flaunt their C-Series with the ‘C’ standing for ‘Cafė’. As with the Z10, smartphone codenamed Americano will come out with the same 4.2-inch screen with 1280x720p resolution, 4G LTE connectivity, and will own a quad-core 1.2GHz Snapdragon 400 CPU. In addition, it will be ruled by BlackBerry’s latest operating system, BlackBerry 10.2.
Posted by Unknown at 1:35 AM