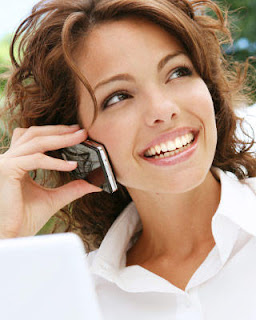 Almost all people know the dangers of using mobile phones, or any radiation-emitting gadgets. The cell phone radiation can increase the risk of having brain tumors. What’s even surprising about it is that if a person—specifically men—carry their phones on their belt or in pants pocket, they are more likely harming their reproductive health. There has been a research that indicated that the exposure of men to cell phone radiation may lead to decreased sperm count, sperm motility and vitality, and the damage of sperm. Ooh, that sure is something that is real alarming. But we’re not going to talk about that in this article. Apparently, we’re going to tackle about the misuse of smartphones.

So how could a cheap mobile phone put our lives in danger, you ask? It’s when we accompany texting or calling with driving—that’s pretty usual nowadays, huh? But what about walking? The National Electronic injury Surveillance System revealed that there were a total of 1,506 emergency room-worthy injuries from people who were texting or calling while walking in the year 2010. Back in 2004, there were only 559 pedestrian phone-related injuries reported. See how much the number blew? I’m not saying that it is all the smartphone’s fault, neither am I pinpointing that it is the lack of coordination and general stupidity of these people. What I’m trying to say here is that people should be aware enough of their surroundings. Better if you hang up your phone first and look left and right before crossing the road, or even when you’re just making your way through the crowd. Also, it has been reported that two thirds of the injuries between 2004 and 2010 happened to people under the age of 25—evidently, younger and younger people get to have their own phones at their early age—which is quite alarming with the result.

When you talk over the phone or texting while walking, you are putting yourself in so much trouble. You become distracted as you devote your attention more on your screen’s phone than being mindful of where you are heading. You might not notice that there is a pothole in the sidewalk, oncoming cyclist, people who are heading to the direction opposite to you, and people you may bump into right in the corner of some street. Basically speaking, you have a massive blind spot as your focus gets limited on your surroundings. You might not know that there are people who have malicious intention to your pristine phone. And because you are so busy tapping and toggling that screen while walking, someone snatches it from your hand, and runs away with it. Wouldn’t that be a real bummer? There was even a study in Injury Prevention that shows people who are texting while crossing took 18% longer than usual.

You have been eager to charge your phone with the portable charger just to put your life in danger? Come on! Because of injuries regarding this matter, some cities considered walking and talking on the phone as a crime. And unbelievably but real, there has been an app created for this: CrashAlert. It uses a camera to let you know if you are going to bump into an upcoming obstacle. But why don’t you just put your phone inside your pocket instead?