Extreme Minimalism or Call of Desperation? 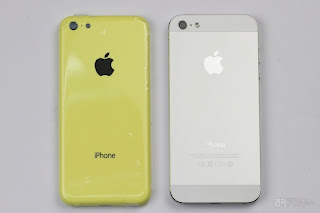 The leader in the subject of smartphones being clever devices is Apple, or is it still? The recently issued report of market research firm Strategy Analytics has placed Samsung, Apple’s great rival, as the most profitable handset vendor in the second quarter of the year 2013. Samsung has finally knocked Apple from its place and took the throne for itself. Have the majority turned their full attention to Android and left the iOS? Let us not put a conclusion to the story yet as Apple still holds two tricks under its sleeves – the iPhone Lite and 5S.

Apple’s iPhone 5 was just released in September of 2012, and it wowed the world just as it always has. Unfortunately, so did the enduring Android devices that made their way to the spotlight and has considered Apple an arduous match. Even without stating it, the common enemy has been and quite possibly will always be Apple. Let’s admit it; iPhone 5 did not do much for Apple. And this is clear with the gradual change in the company’s operating profit going down. I see a pattern here. Remember that time when RIMM was the rockstar? Where is RIMM now? Can Apple be next in line to RIMM? Hm...just an observation.

News of Apple’s next installment might just come to reality this coming September of this year. iPhone 5S will soon appear on stage with the iOS 7 as its bread and butter. Along with it is the iPhone Lite. Many of you are vying for the 5S while I am all in for the iPhone Lite, a durable and cheaper version of the iPhone. Might this be Apple’s greatest attempt to manifest its minimalism or a move of desperation?

Expect that the iPhone 5S will come with a high-end specifications, mindblowing features, and more than that, a stupefying holding price. Only the rich and richer can get a hold of this as soon as its release. Sometimes I wonder how Apple can sell a bunch of its gadget for that amount. Okay, sorry about that. That was my mind wandering around. Okay back to the topic – iPhone 5S. Expensive. Rich. Unaffordable. It gets even more expensive when you have to buy a brand new one instead of simply getting replacement parts.

An ordinary person will desire for an Apple device but will go for an Android instead because it is affordable and pretty much do the basic functions that the former can do. Apple might have finally realized this which is why they thought of the iPhone Lite. The iPhone Lite will appear with a plastic case which is a lot uncommon for Apple as its pride is usually coated with an aluminum case. You can now buy affordable and fitting cell phone cases. In addition to that, Lite will be fixed with a significant reduction of price. Now, what catches every single individual is that the Lite will be handled by the same operating system that iPhone 5S is built with, the iOS 7. Once the iPhone Lite is launched, Apple can get back the profit it has lost to Samsung, and it will.

What do you think? Minimalism? Or desperation?

The Celebrated Apple iPhone 6, is it worth the wait?
Is Your iPhone Secured Enough?
Posted by Unknown at 7:17 PM