BlackBerry is Stepping Out of its Comfort Zone 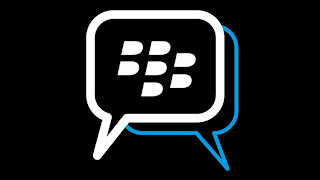 It’s about time. Or is too late for such a move? BlackBerry, the crowning glory of Research in Motion (RIM), will be sharing a little more to people than expected. The company is planning to set out one of its greatest features – BlackBerry Messaging (BBM) – to iOS and Android platform devices which is a bold move for the fading tech giant.

For some time, BBM has delivered top of the line instant messaging to BlackBerry mobile users and not one of its competitors came close to defeating this one-to-one communication. Also, it is only recently that the company launched BBM Groups that enabled one-to-many conversations using the same tools BBM possessed. If you compare BBM to other instant messaging services both for mobile and desktop use, BBM still stands as the better choice when it comes to reliability, affordability, and security. This is the reason why local commerce and international business establishments depends more on BlackBerry devices among other mobile communication services. It’s unlike any other cheap mobile phone. It never was.

News of BlackBerry Messaging being made available to its supposedly competitors, iOS and Android, yielded a burst of reactions, both good and bad, to the struggling tech giant. BlackBerry might have already accepted the obvious fact that it can no longer battle its biggest rivals and be able to match up to them. The company reached its limit and is now going for their last resort – team-up. Nevertheless, this maneuver is the lesser evil between giving up the company and opening the excellent messaging service only BlackBerry was able to accomplished, at least for now. It won’t make more mobile consumers transfer to the BlackBerry platform, but this act may allow for more users to place their confidence in BBM which is the very facet that holds BlackBerry together.

The advantages that BlackBerry will gain from this change of course will be:

·         Additional revenue from potential users in the marketing and commercial areas

Users who will engage in BBM will directly correspond to an increase in the profit BlackBerry acquires as compared to when BBM was a proprietary messaging service.

Though this may be a one in a million chances sort of strategy, mobile consumers will be exposed to what BlackBerry is capable of which may later give them thoughts on a possible shift to the smartphone they will use in the future.

BlackBerry is striving to keep up with its competitors but this looked like it’s not going to happen any time soon. This is the reason why BlackBerry resorted to such means so as to maintain its current position in the smartphone industry.

Samsung and Apple will no doubt be getting more from this action than BlackBerry. Not only will these two tech giants be gaining the means to deliver even better smartphone experience centered on the messaging faculty, they will also gain a bigger proportion in the mobile industry even without the mass number of iPhone accessories they sell out in the market. Despite this, it is not a lost for BlackBerry. Rather, it is a smart move for a smart company to achieve neutral ground.
Posted by Unknown at 8:49 PM