Secure Your Android Phones with These Free Security Apps


Android is considered as one of the big boys in the mobile industry, simply because it is running literally on hundreds of devices. Basically, it is the most widely used platform than that of others. And because, unlike that of Apple, Android is an open platform. Third-party developers started sprouting like mushrooms, sharing their apps on the Google Play Store pool, flaunting in all their glory.

Sounds like a sweet treat, eh?—at least most people thought so. But, little did they know that there were also third-party developers who have malicious intentions to Android users’ private information and whatnot. There were even apps that would run perfectly then dysfunctions if it reached the targeted number of subscribers. After all, private information should not be like replacement parts that can be available anytime, anywhere, in-stores or online mobile stores. Good thing these security apps are here to save the day! Check out these apps that will definitely secure your device in no time: 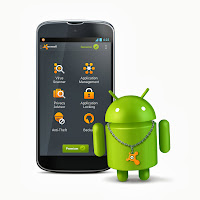 I’m sure most people—if not all—have heard of this security app since it is one of the highly rated apps, and it is trusted by millions of Android users. Why would millions of people trust this, you ask? Simply because it has outstanding features like firewall protection, blocking unwanted calls, tracking stolen device, and defending you from infected sites. Not to mention it has also received prestigious awards. 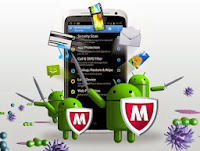 Who haven’t heard of this, too? It is one of the leading malware solutions, and like other Avast, it is also highly rated. Amazingly, McAfee Mobile Security offers features to locate, alarm, and backup/restore all for free. You can upgrade your McAfee Mobile Security after its 14-day free trial to premium, but you can keep version of the app, too.

Have you heard of BitDefender Antivirus? If so, then you probably know how great it is as a desktop security. Once you have installed and registered this app on your smartphone, it will start a full scan and check all the installed apps and files on your phone. While using the free version in a trial period, it then gives you access to real time web browsing protection and Anti-theft service. You can have the full version for only $9.95 yearly. It definitely is all worth it.

Lookout antivirus and Security, another popular mobile antivirus, offers protection against theft and loss. It also claims to be energy efficient. The features this app offers are antivirus security, scanning facility for each app that has been downloaded, daily/weekly scanning, and also constant monitoring of files. Once it is done scanning, it gives detailed options for device scanning, and surely, Android phones of all types are protected from viruses, Trojans, and spyware. 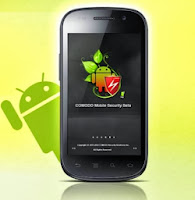 And last but not the least, the Comodo Mobile Security. This security app boasts its protection to Android devices against online threats like viruses, malware, and spyware. It even has advanced options for privacy protection, and it gives you options to lock files and data to prevent unauthorized access. You can recover lost data even with this Comodo app.


Just install one of these five awesome apps on your Android device, and you and your phone can now be all secured. Grab one while they are free!
Posted by Unknown at 11:12 PM