What Color Would You Like Your Smartphone to Be?


Since Apple’s iPhone sparked the wave of smartphones with touchscreen interface, the other mobile brands then started to innovate and outdo what the flagship of the other brands can offer. And with that, the mobile blogosphere just couldn’t stop talking about the advancements of every smartphone even before its release.

Since then, the battle has only been dealing with the improvements of the features like speed, weight, and display size and resolution of smartphones to hit the shelves. And that no mobile brand had the inclination to step forward and change the game.

But this time, finally somebody said it. If you think the only things that matter with smartphones are speed, weight, and display size and resolution, think again. Now, Google’s Motorola and, once again, Apple are on a full-throttle to be a game-changer. Of which aspect, you ask? They aim to be a game-changer through the color of their flagships.

Have you noticed that every time one of the contenders in the mobile industry launches a new handset device, it almost always comes in black and white colors only? And with that being said, it surely does lack on the aspect of style and fashion—or the overall aesthetics. Good thing Motorola’s Moto X and Apple’s iPhone 5C comes now in variety of funky shades. 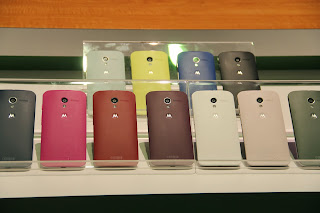 With a colorful phone, are you still going to buy a mobile back case and cover it? Well, this may become an issue considering that iPhone 5C’s material is not that sturdy—it’s a budget phone, anyway. Nevertheless, putting effort in the aesthetics would be another milestone for smartphones that it would be something that blogosphere will ogle about. After all, who wouldn’t want a phone that could be painted by your favorite blue color? With phones that have almost the same features, people will definitely be hard-pressed to choose from the pile of rectangular handheld devices with very minimal differences—not to mention, they are all black and white.

Will making phones stylish help in boosting the sales? Indeed it will. But it’s the company’s responsibility to make these nifty gadgets be more than what meets the eye. And since people have their own distinct tastes, it will definitely be a daring move for mobile company competitors to produce colorful smartphones that will suit people’s tastes. But at least, with colorful phones, you can easily match it up with the clothes you wear. 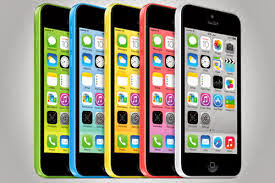 Having a colorful, funky-colored smartphone is not something new today. In the year 1990s, some mobile companies have already focused their attention to their phones aesthetics. Lo and behold, there were pumped slider phones, flip phones, and “candy bars” that got the limelight.

But for these companies to be successful, they should definitely focus more on their product’s performance and functionality. With those alternatives—specifically mobile phone accessories—that are meandering in the market, it would be a rough start for them to maintain a long-term advantage if these mobile companies will only stick to aesthetics alone.
Posted by Unknown at 1:34 AM