iPhone 4 is Better Off Without iOS 7 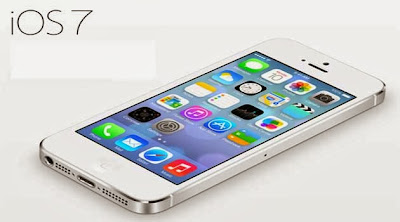 It has always been a tradition for the smartphone giant Apple to keep its goods to the company alone. One might even say they are a lot like BlackBerry at that particular facet because both had something original that no other tech giant possessed and held close for quite a period of time. And for this reason, every time Apple launches its latest operating system after testing the software on their newest flagship, it does the same experimentation with their previous versions.

It is still remains a question what makes people grab onto Apple like it is the last fruit in the tree, but it is common knowledge that Apple adds only but a little to their flagship devices. If anything, there’s only but a slight tweak in the capabilities of the OS and a couple of built-in apps that enhances the smartphone experience. Nevertheless, there’s just something about Apple that distinguishes it from all other mobile phones, and it might not be the operating software after all. Why? Well, its latest iOS 7 has been nothing but amazing for the iPhone 5, 5S, and 5C users. Will it be the same for its latter versions, like maybe the iPhone 4?

Before the release of iOS 7, Apple raised the flags for its iOS 6 that boasts two exceptional built-in apps, allowed for retrieving essential documents like loyalty cards, admission tickets, and etcetera through its Passbook app, and an upgraded personal assistant in the form of Siri that enabled reservations and give updates on your favourite social networking sites and detailed reviews on movies and sports. These are just but a few of its features.
As tradition, this iOS version was experimented on the oldest iPhone flagship, the iPhone 3GS, that supported the operating system. With no derogatory, iPhone 3GS was able to run the previously mentioned features that only the iOS 6 owned then. Apple users with the 3GS in hand became happy.

Now we’ve been introduced to the iOS 7, with its revamped user interface and notable improvements to the operating system’s overall functionality. This time, the iOS 7 can support versions iPhone 4 to the latest flagship devices – iPhone 5S and 5C – and then iPod Touch (5th generation), iPad 2, iPad (3rd and 4th generation), and the iPad Mini. To continue the tradition, the iOS 7 was tested on the iPhone 4 and here’s what was disclosed:

2.       The hardware integrated to the iPhone 4 is weaker and slower than the A5, A6, and A7. This is also the reason why the graphical effects are dismissed with the iPhone 4. Nevertheless, the updated apps, Control Center, security updates, APIs, and other technologies are available.

3.       Applications run with the iOS 7 are approximately a second and a half slower for the iPhone 4. This is due to the long-duration animations that iOS 7 utilizes.

4.       As for the battery life, there is a slight decrease in the duration-about eleven minutes or so-but unnoticeable all the same. Better ready a portable charger to refresh those lost eleven minutes.

In conclusion, installing the iOS 7 to your iPhone 4 might not be a good idea after all especially when you’re after the quick-paced processing power Apple’s operating systems are known for. I could suggest you get yourself an iPhone 5 or any of the newest flagship smartphones if you so wish to acquaint yourself with the iOS 7. Laters!
Posted by Unknown at 1:32 AM