The core of technology is innovation. It involves enhancing human living in general through the development of effective solutions to meet the unending requirements of organizations and human needs, both new and existing alike. In the beginning, innovation was progressing gradually. With the assistance of technology that innovation itself created, improvements in the society are so fast-paced that you can witness how much the world has grown over the years.

Our technological giants have proven their geniuses in a multitude of ways. Right now, let’s focus on the telecommunications element of innovation. The first set of telecommuting devices began with Alexander Graham Bell’s renowned telephone. After that sprang the idea to cut out the wires and have the capability to get hold of loved ones and business circles be available outside the comfort of our homes and apply portability. Cell phones were introduced, text messaging made possible, various accessories put into display in mobile stores both in-store and online, up to the point where people can send electronic mails via the now popular smartphones.

Smartphones began with a keypad for typing messages with the QWERTY keyboard integrated. Then the touch technology was fulfilled and everyone was enthused. What comes next after that? Have you ever stopped and thought about it? The geniuses behind our beloved gadgets have and are responsible for doing so. What came to mind? A comeback. See for yourself how the prominent tech giants plan to present their high-end devices this year 2013. 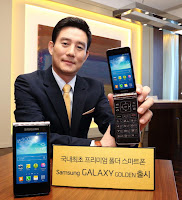 The Galaxy Golden, though carrying the Galaxy signature, is not on par with the recently launched Samsung Galaxy S4 flagship. Galaxy Golden will be running in Android 4.2 Jelly Bean and be highlighting two 3.7-inch Super AMOLED touch screens structured back-to-back. Samsung’s objective with the Galaxy Golden is to bring back the flip phones that first came to view in the earlier years of the telecommuting gadget. Basically, Galaxy Golden will become the training ground for new smartphone users, shifting from the familiar, old-school flip phone to the prominent touch phone. This feature phone will come in a champagne gold case but will not be sold in the United States as many reports claim. There are rumors asserting that this will be Samsung’s retaliation to Apple’s iPhone 5S launch this coming September. 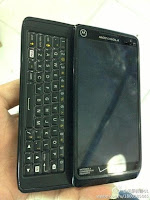 Motorola has not yet released a good name for their next project but it is safe to say that it will embody the keyboard phone we all knew back in 1998 when the Nokia 9000 Communicator opened to the public. This smartphone will exemplify a sliding phone the same way Samsung have done with its Galaxy Golden. The keyboard, of course, will display the standard QWERTY keys along with a 4.3-inch or 4.5-inch display, wireless charging, and NFC compatibility. This Motorola smartphone will both be water and dust resistant. What’s missing is the release date for this comeback phone. We’ll have to wait and see.

If you’re up for these comebacks, don’t indulge in purchasing iPhone accessories just yet. No one wants to waste any money for something they won’t need, right?

Despite all the advancements, the past has its way of coming back to the present. I think it’s safe to say that no one can ever move forward and leave the past completely.
Posted by Unknown at 1:53 AM